Bishop Peter Machado Installed as the new Archbishop of Bangalore

Bishop Peter Machado was installed as the new Archbishop of Bangalore on Thursday (31st May'18) at St. Francis Xavier's Cathedral, Bangalore. 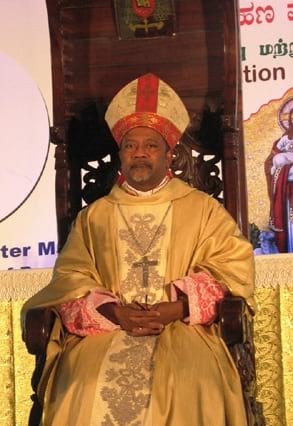 After the Eucharist, Archbishop Bernard Moras was thanked before bidding farewell. Msgr. C Francis, Vicar General, spoke highly of Rev. Bernard Moras and highlighted his leadership qualities and development works he had carried out during the past 14 years for the Archdiocese of Bangalore. The Vatican ambassador also enumerated the many achievements of Archbishop Moras.

Archbishop Peter Machado is the 7th archbishop of the Archdiocese of Bangalore. Prior to this he served as the Bishop of Belgaum for 12 years since 2006.

Pope Francis inserts the Memorial of the Blessed Virgin Mary, Mother of the Church, into the Roman Calendar on the Monday following Pentecost Sunday.

The liturgical celebration, B. Mariæ Virginis, Ecclesiæ Matris, will be celebrated annually as a Memorial on the day after Pentecost.

The Holy Father wishes to promote this devotion in order to “encourage the growth of the maternal sense of the Church in the pastors, religious and faithful, as well as a growth of genuine Marian piety”.

A new initiative in the area of Faith Formation for adults was inaugurated by Fr. Vicar Provincial, Edward Joseph at Holy Redeemer Church, Bengaluru on 15th April, 2018. It is a unique project that was developed by the Redemptorists in collaboration with the laity at Holy Redeemer Parish/Sadupadesha Vidyalaya in response to a fervent appeal that came to us from two youth, who felt the need to have their faith grounded on the official teachings of the Catechism of the Catholic Church. In discussing the matter over the course of two or three meetings with these youth, Fr Louis Christopher, Peter Band I developed a vision for a creative way of introducing the laity to the teachings of the CCC in just 24 sessions stretched over the course of one year. The course will draw the best talent available from among the Redemptorists, other religious/priests, and even lay people as resource persons. Demand for this course has been unprecedented. In the very first introductory session conducted by Fr. Francis Pinto, C.Ss.R. there were 45 registered participants and another about 20 unregistered curious on lookers.

Fr. Louis Christopher, the Parish Priest of Holy Redeemer is the spiritual director of the project, I formulated the Syllabus and Ms. Maria Isabel (one of the two youth who initially approached us) has been appointed as the Head Animator of this initiative. In her core team, she has Mr. Samuel Raj Paul (the other youth  who approached us) and 5 other lay animators from the parish. Thus, this project could be seen as a beautiful opportunity for a shared mission with the laity. We pray that this initiative becomes an effective tool that can serve not only the parish, but the wider local Church in Bengaluru. 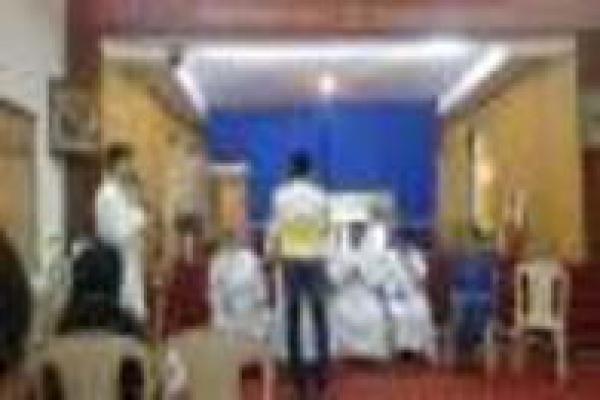