St, Alphonsus College is the Theologate of the Redemptorists in India. It is situated in the eastern part of the city of Bangalore. It was initially started in 1945 as the Redemptorist Major Seminary for the formation of clerical students from India and other Asian countries. In 1989, St. Alphonsus College was affiliated to St. Peter’s Pontifical Institute, Bangalore. Both Theology and Philosophy faculties were situated in the same college. In 1994, the Philosophy faculty was bifurcated and situated at Sadupadesa College, Bangalore and now is in Varca in Goa of the V. Province of Majella. 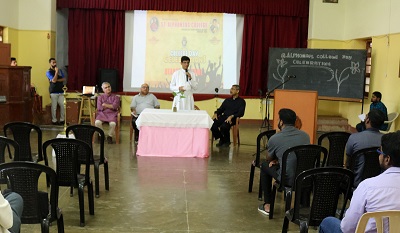 At Present there are 13 Students in the 1st, 2nd and 3rd Years of Theology and with 6 Deacons just ordained from the 4th Year and about to leave for ministry having just graduated with the B.Th degree. There are 8 Resident Redemptorist Professors, and 16 Redemptorist non-resident visiting professors all from the 3 Units of the Congregation in India.

The St. Alphonsus College Day was a celebration of Redemptorist pursuit of theological formation for mission. Fr Assisi Saldanha, C.Ss.R. the Rector welcomed the confreres and guests. Fr. Edward Joseph the Provincial of Bangalore inaugurated the day and Fr. Jason Thundathil the Consultor of the Liguori Province reminded the gathering of the link between Theological, Spiritual, Human, and Pastoral Formation.

The afternoon was a celebration of cricket with a cricket match dedicated to the late Fr. Clement Campos, C.Ss.R. who was Rector, Prefect of Students, Dean of Theology and Professor of the College for many years. The day concluded with a farewell to the 6 new deacons and a Christmas celebration with all the staff of the College. Truly a day to remember well planned and organised by Fr. Shiju Mullasseril, C.Ss.R, the Dean of the College. 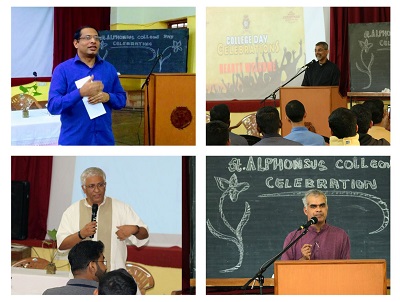